This earlier parts of the week were pretty nice.  Lots of “sleeping in” and really low volume can only mean one thing; a half-ironman race on Sunday!  The Revolution3 event company was putting on a half-ironman race in Anderson, SC.  I did a Rev3 race earlier this year and was nothing but impressed with how well run it was, so this race in SC seemed like a good choice.  All season long I’ve been focusing on the shorter sprint/olympic distance stuff so this race was never really on the schedule, but after my last planned event in September I was still itching to keep going and Brian suggested picking out some long course race(s)…I mean, why waste fitness when you got it?  Plus, since the weather is getting quite nice in Alabama, riding bicycles and running is loads of fun (not that it ever isn't fun).  At first I planned on racing back-to-back half-ironmans in consecutive weeks (Goosepond half-ironman in Scottsboro, AL was the week before) but I later nixed that idea after coming down with a sinus infection in early September.

So that’s how I got into this race in the first place…now on to the report.  On Saturday morning at 6:30 AM I loaded up the 4Runner to head towards South Carolina with Mom and Dad.  Let me just say that going to races with people to support you is awesome.  As sometimes the logistics of triathlon can get quite ridiculous, it helps to have friends or parents hold your bags, carry your bike pumps, and cheer for you!  After a quick 4.5 hours drive, we rolled into Anderson, SC ready to eat some grub.  Lunch was a quick trip to Firehouse subs and then we headed towards the lake so that I could get my pre-race workouts in.  Athletes were informed that the water temperature was 67 degrees, but I’d say it was probably closer to 72 or so.  Regardless, it was definitely grounds for wearing a wetsuit.  After a 10-15 minute swim to check out the first 2 buoys of the course, I hopped on the bike for a 15 minute spin with some pick-ups before heading to packet pick-up.  This was relatively uneventful, which is always a good thing.  Since the Alabama football game was rapidly approaching, I quickly went for a short run to check out the first bit of the course.  We then started heading towards the hotel, stopping at T1 on the way to drop off my bike.  Jay McCurdy and Marcus Farris were passing through, so after chatting with them for a few minutes we made our way to the hotel just in time for the start of the game.  The rest of the day consisted of watching football, eating a solid dinner, and relaxing.

On race morning, I awoke at 4:15am to get some breakfast and coffee.  Breakfast was a decent amount of calories:
After breakfast and loading up the car, we headed over to T2 to drop off my run gear.  This race had 2 transitions, which is kind of annoying due to the increased complexity of the logistics.  Well, it's not that it's really "complex", it's just that you now have one more thing to worry about.  After dropping off my stuff, the shuttle took us to T1 where I had plenty of time to pump up my tires, check over my bike, and wait around.  The pro men and women were the first to go off.  After their waves started, we were able to get in the lake for a couple of minutes to warm up.  Next up came the race:

Swim -29:41
As a rare treat (I'm used to TT start races), all males under 40 years old started together in a wave.  We lined up on the beach about 5-10 steps from the water.  I picked a position on the 2nd row on the far right hand side.


As the horn went on, we were off.  I quickly settled into a good pace and tried to swim hard without "overdoing it".  Besides swimming over a handful of guys in the 40+ year old wave (to the guy who was treading water at the buoy, sorry for running into you and then using your shoulder to push off again), things were pretty uneventful.  I exited the water and ran up the hill towards T1 where I heard my dad call out a time of just over 30 minutes, which is about where I expected to be.

T1 -1:56
I wasted 15 seconds in T1.  Since T2 was in a different spot, we were supposed to put our wetsuit and goggles into a plastic bag for them to transport to the race finish.  In my post-swim blurriness, I grabbed the first bag I saw next to my bike and stuffed my wetsuit in it before realizing that I had "smartly" hung my bag from my aero bars.  After taking my wetsuit out and putting it into the proper bag, I rolled out onto the bike course.


Bike -2:36:59
The plan for the bike was pretty simple: eat lots of food, hit 230 watts, and don't do anything stupid.  As biking is my strong suit, this was no problem.  I've done plenty of 2.5 hour rides with average powers of 230 or slightly higher, so this would be nothing new for me physiologically and it should set up a pretty good run.  As for how it went...well, this course was hilly with a total of 3,000 ft of climbing in 56 miles.  Hilly doesn't necessarily mean "hard", it just means it's going to be slower (unless the gradients are super steep, which they weren't).  This course also had 48 turns.  That was slightly annoying, but at least it was well marked.  Some of the roads were alright but most of them sucked, so that was slightly annoying as well.  I passed a couple guys out on the course and went back and forth with another guy for awhile before finally dropping him.  I watched him take one of the turns too hot and he went off the road before somehow miraculously saving it...kudos to him.  Nutrition wise, my plan was to take in 400 calories/hr and at least 1 gram of sodium/hr.  I've practiced this plan a couple times in training and it has always gone very well, so no surprises here.  Coming off the bike, I felt pretty good.

Run -1:33:43
It's always a mystery as to how the legs are going to feel off the bike.  I felt great and my breathing was fine, but my legs instantly started to feel tight.  I pushed through it and sucked down a gel and salt tablet just in case.  After a mile or so, I started to feel good.  The plan was to start off at a pace that I could descend off of later in the run.  As it turned out I was never able to descend my pace, but I never really got slower either so it turned out to be a pretty even split race.  The course was pretty hilly, either up or down with no long flat stretches, so I was really just going off of perceived exertion.  I really did try to pick it up the second half of the run but by that point my legs were very fatigued and it was all I could do to hold close to 7:00/mile pace.  I crossed the line with nothing left.  In terms of nutrition, I actually did more than planned.  I had 4 gels with me only thinking that I would go through 3 of them, but I found myself craving more.  My stomach was completely fine throughout, no sloshing or bloating, so as long as I felt good I just kept going by feel: if I felt like I needed something, I took it.

Total -4:44:06 (12th overall)
Overall, I was pleased with the race.  The swim felt good and was in line with what I thought I could do.  Bike watts were good and on plan with no mistakes, setting myself up for a good run.  The run was solid throughout; no bad patches, no faults, just a steady even pace to the finish.  The nutrition plan seemed good; I never felt like I was bonking, I never cramped, and my stomach felt great.  I think any plan that accomplishes those 3 things is a good one.  Totals were:

Just 2 years ago I was running a flat out half marathon race in 1:31, so I've definitely made some progress to be able to run close to that at the end of a half ironman.  Despite not meeting my goal of a top 10 overall, I still enjoyed the day.  This was my first long course attempt in over 1.5 years, so there was definitely some rust to knock off.  I will be doing more for sure next year!

One Week to Go

Training wise, it was a weird week.  I thought I felt rested coming back from the beach but that didn't seem to be the case.  I think I've "cancelled" 4 or 5 workouts in all of 2012 so far, and this week I did it twice!  I felt like such garbage early on in the week that I opted to sleep in on both Tuesday and Thursday morning as opposed to running.  Things started to get better later in the week and I had some great workouts on Thursday, Friday, and Saturday, officially leading in to a super easy week this week to get ready for the half-ironman next Sunday.  I even have TWO days off this week!  What the heck?  I have only had 13 days in all of 2012 of no exercise, 3 of which were no planned and due to being sick with a sinus infection.  That being said, the legs are starting to gradually feel good...who knows what can happen!
Posted by Chad Williamson at 7:07 PM No comments:

With a good 3 days in Destin, FL at the beach with my family, this was clearly going to be a run heavy weekend.  After starting out the trip with a round of golf on Friday afternoon, the rest of the weekend was spent eating great seafood, hanging out on the beach, and getting in some quality running.  My days looked something like this:
Not a bad schedule, eh?  I enjoyed it.  33 miles of running in 2.5 days felt great.  As opposed to what you might think, the running was far from boring.  Our condo for the weekend was about a half mile from the massive Sandestin resort.  Within the resort was a bunch of neighborhoods with mansions and golf courses.  On one side of the resort was a 2 mile loop, perfect for 10 minute threshold sets.  On the other side of the resort was a 5k loop, perfect for a longer run.  Both loops were pretty flat with perfect, soft ashphalt, overhanging trees, and good scenery.  It was good to spend time with family as well.  Both brothers were down, so it was nice to have the whole family in one place for a few days.  Next up is Rev3 South Carolina half-ironman in less than 2 weeks.  I'm feeling good, we'll see what happens!
Posted by Chad Williamson at 7:25 PM 2 comments: 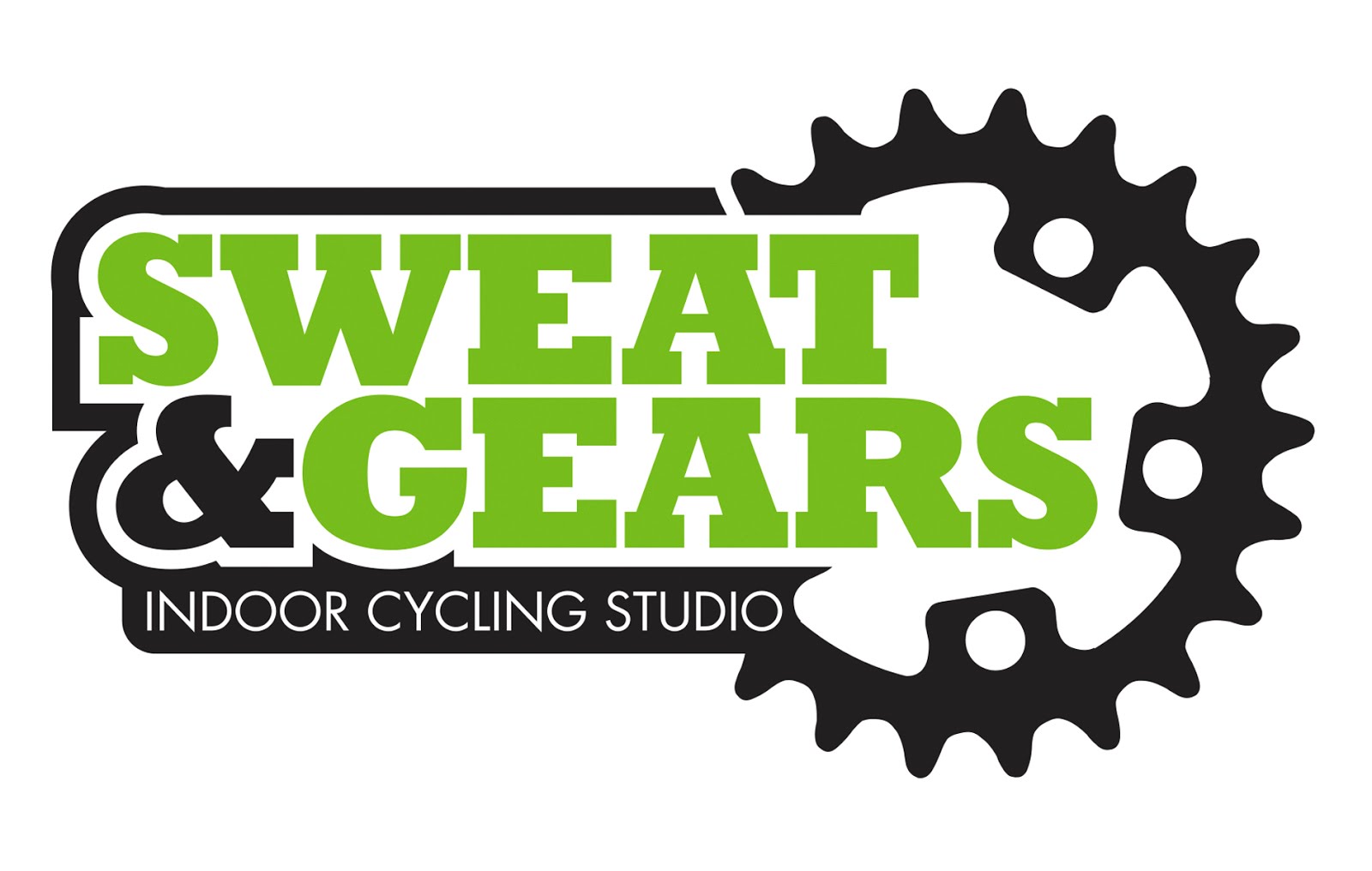